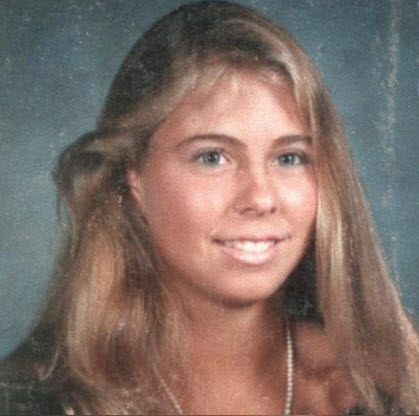 On Christmas Eve, 1991, 23-year-old Dana Ireland was run over while riding her bicycle on the Big Island of Hawaii. The killer took her to a remote location where she was dumped in the bushes, sexually assaulted, and left to die. At 12:25 a. m. Christmas morning, Dana Ireland died of her injuries in the Hilo hospital.

Eight years later, even though they did not match the male DNA left at the crime scene, three local men were convicted of the brutal crime. The men were Frank Pauline and two brothers, Albert Ian Schweitzer and Shawn Schweitzer.

In our documentary, MURDER IN HAWAII, we describe the facts of the crime. We examine key evidence, including the testimony of four eyewitnesses who were never called to give evidence at either trial. We explain how the killer – the only man who left his DNA on Dana Ireland and on a bloody T-shirt found at the crime scene – could be captured today, 30 years later.

Judges for Justice was founded on the premise that most people are of good will. They reject injustice when they are shown the truth. Justice is the perfect blending of truth and good will.

MURDER IN HAWAII encompasses the search for truth as Judges for Justice sees it. Please click on Episode 1.

Episode 1 discusses how the 2009 wrongful conviction of Amanda Knox in Italy, and her exoneration in 2015, planted the seed for the creation of Judges for Justice. Episode 1 describes an extremely shocking crime in Hawaii: the 1991 kidnapping, rape, and murder of 23-year-old Dana Ireland. It is difficult to watch but it is essential to an understanding of why the crime so enraged the public.

Episode 2 describes the early evidence, including eight-inch-wide American Spirit brand tire tracks left at both crime scenes; a bite mark on the victim’s breast; and a blood-soaked T-shirt left at Crime Scene 2. Two eyewitnesses saw a shirtless man put a body into the back of a 1970s Datsun pickup truck. Direct evidence and circumstantial evidence are explained.

Episode 3 explains how two and a-half years after the crime a man named Frank Pauline, Jr., confesses to the murder. Pauline said two brothers helped him, Albert Ian Schweitzer and Shawn Schweitzer. Pauline claimed Ian Schweitzer was driving his 1957 Volkswagen Bug and ran over Dana Ireland. The three men put her into the VW trunk. The Corpus Delicti Rule is explained, and we show how it can be used to evaluate whether a confession is true or false.

Episode 5 describes the grassroots organization, Citizens for Justice, and how it was formed after the murder of a Big Island police officer’s wife, Yvonne Mathison. These citizens were alarmed at the violent crime on the Big Island and had a deep mistrust of the police. They believed the police were incompetent, maybe even corrupt. These citizens, along with state and national politicians, pressured law enforcement to solve the Dana Ireland murder.

Episode 6 is about the 1999 trial of Frank Pauline. Pauline was convicted even though he and the Schweitzer brothers do not match the semen DNA from the crime. The decisive evidence: three witnesses testified the bloody blue T-shirt found next to Dana Ireland’s dying body belonged to Pauline. Even though he had recanted his confession, his T-shirt left at the crime scene convinced the jury his original confession was true.

Episode 7 focuses on the 2000 trial of Albert Ian Schweitzer. Like Frank Pauline in 1999, Schweitzer was found guilty of kidnapping, rape, and murder. The prosecution’s star witness was Michael Ortiz. He claimed that Schweitzer confessed to him while they were both locked up in the Hilo jail. According to Ortiz, Schweitzer confessed he accidentally had run over Dana Ireland while driving his VW bug with his brother, Shawn, and Frank Pauline. Three witnesses testified that the bloody blue T-shirt found next to Dana Ireland’s dying body belonged to Frank Pauline.

In Episode 8 we see that a month after his brother was found guilty, Shawn Schweitzer cuts a plea deal with the prosecution. In exchange for confessing to his involvement with his brother and Frank Pauline in the murder, the prosecutor reduces the charges. Shawn is released from jail with time served and five years of probation. In his confession, Shawn claims he saw his brother run over Dana Ireland and Frank Pauline rape her. The prosecutor claims that Shawn passed a polygraph in support of his confession. Finally, it seems justice has been done.

Maybe justice had not been done. DNA technology continues to advance. In Episode 9 we see that, in 2007, new touch DNA tests of the bloody blue T-shirt found next to Dana Ireland’s dying body indicate the shirt was not Pauline’s. It appears that the most important evidence against Frank Pauline and Albert Ian Schweitzer is false. The new touch DNA tests of the blue T-shirt were locked up by court order in 2009.

In Episode 10 we see many injustices – the brutal murder of Dana Ireland, three innocent men wrongfully convicted, and a killer still walks the land with no one pursuing him. The 2007 exculpatory DNA test results are hidden from Frank Pauline. In 2015 Frank Pauline is murdered in prison, never able to use the DNA tests to clear his name.

In Episode 11 we see how we can combine FBI profiling with the available evidence to identify the real killer of Dana Ireland. Since the 1970s, the FBI has investigated, consulted on or studied thousands of sexual homicides. The evidence, along with FBI profiling, tells us the killer lived near Dana’s sister Sandy Ireland. The killer knew Dana Ireland and she knew him. He may have had dark circles under his eyes, and he roamed the neighborhood at night spying on Dana. He can be caught today, almost 30 years since the 1991 murder.

In Episode 12 we look at the wrongful conviction progression, how it leads to tunnel vision and its perverse byproduct of noble cause corruption. We see how prosecutors obtain convictions with little or no credible evidence by using the power tools of noble cause corruption – coerced confession, inflammatory media, unreliable witnesses, ignored/manipulated forensics, and official misconduct. Episode 12 also features the wrongful convictions of Chris Tapp in Idaho and the Central Park Five in New York City.

In Episode 13 we see how the power tools of noble cause corruption were used to obtain the convictions of Frank Pauline, Albert Ian Schweitzer, and Shawn Schweitzer. We look at the pretrial inflammatory publicity. We see how four eyewitnesses were never called to testify while eight prosecution witnesses received reward money or reduced prison sentences. We see how forensic evidence such as DNA is ignored and discounted. We see acts of official misconduct.

In Episode 14 we show how to tell if a conviction is wrongful or righteous. We examine questions that surround the Patricia Rorrer case in Pennsylvania. Rorrer was convicted of the 1994 murders of Joann Katrinak and her three-month-old son. We discuss how the West Memphis 3, Dr. Martin Luther King, and a 2004 landmark study by Canadian prosecutors, has informed JFJ’s approach to wrongful convictions. We discuss how MURDER IN HAWAII may help prevent wrongful convictions in the future.