An innocent man, Chris Tapp, was released after spending 20 years and 52 days incarcerated for a crime he had nothing to do with. Pictured L-R Judge Michael Heavey (Ret.) (CEO- Judges for Justice); Chris Tapp (innocent person); Faraz Zarghami (Videographer – Judges for Justice) 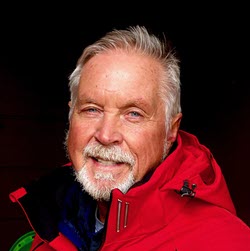 I grew up in Seattle. I graduated from Garfield High School in 1965, the University of Washington in 1973, and Santa Clara University law school in 1976. I served in the Washington State legislature from 1987 to 2000 (eight years in the House, six in the Senate). I was appointed to be a King County Superior Court judge by Governor Gary Locke in 2000. I retired from the bench in 2013 and co-founded Judges for Justice with Judge Peter Deegan (Ret.) of Michigan.

Each of us is the sum of our life experiences. Growing up I was active in Boy Scouts, sports and church. I fashioned myself as all about duty, honor, God and country.

I dropped out of college in 1967 and joined the US Army. Twenty months later, April 1969, I was a 22- year-old second lieutenant with the First Cavalry Division in Vietnam. I received a few awards, including a Bronze Star. I was honorably discharged in 1970.

Two of my friends from growing up in Seattle, Terry Lomen and Donnie McNeil, had been killed in Vietnam. In 1971, back in college, their deaths hit me hard. I started to question the wisdom of the war and the decisions of our government. These exceptional young men would never participate in or contribute to our society. They were lost forever. This was a profound realization to me. Sometimes the government is wrong, grievously wrong.

Sometimes prosecutors, police and juries get it wrong, grievously wrong. That’s the bad news. The good news is that most people are of good will and will not abide injustice if they know the truth. Judges for Justice works to shine the light of truth into a community where a shocking crime has occurred to help correct the error of a wrongful conviction.

It is a daunting task to undo a wrongful conviction. We are sustained in the faith that the truth will eventually prevail. The innocent person will be set free.

No one person or organization is solely responsible for getting an innocent person out of prison. It takes a bucket brigade. Key members of our Judges for Justice bucket brigade are listed below.

We are extremely grateful to all of our supporters whose number extends well beyond our ability to mention here. Many of you have been involved for years. Each of you is an important member of our bucket brigade. Stay in touch. Thank you, thank you, thank you. 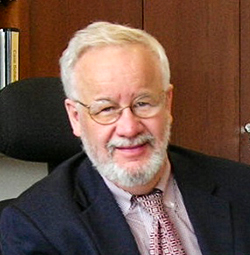 Elected to the King County Superior Court in 1996, I was re-elected four times (easy to do when you are unopposed) until I retired in 2014. Previously, I served regularly as a pro tem judge in district, municipal, and tribal courts.

After the University of Washington School of Law (J.D. 1971), I was law clerk for a Washington State Court of Appeals judge. I was an attorney with a downtown Seattle firm, and later became a neighborhood solo practitioner.

I went to high school in Philadelphia, followed by Amherst College (B.A. 1967). I was managing editor of The Amherst Student, publishing twice weekly.

In 1966, I hitchhiked across the country and back just to do it. In 1998, I rode my bicycle from the Space Needle to the Washington Monument to raise money for the American Lung Association.

In law school, I gained a valuable mentor, Professor Ralph W. Johnson. My research paper on Indian tax exemptions for his Native American Indian law seminar became a book, Taxing Those They Found Here (1972). He and I taught tribal court procedure at seminars sponsored by the National American Court Judges Association in multiple western states. We provided guidance to tribal judges in using their cultural traditions in deciding cases. We always learned more than we taught.

I had summer jobs with The Philadelphia Bulletin and The Seattle Times. I was editor of the Washington State Bar News and wrote two monthly columns.

Since 2018, I have volunteered for Judges for Justice. Mike Heavey is my newest valuable mentor, proving I am still young enough to have one.

A graphic and web designer in Seattle, Cody found Judges for Justice through his connection to the filmmaking community here. Born in Bremerton and raised near Olympia, he eventually came to Seattle to study web design and fell in love with filmmaking. Before Seattle he attended Central Washington University where his focus on graphic design expanded into photography, web design, and ceramics.

I started working with Judge Heavey after a chance meeting back in 2016.  My history with online marketing, videography and managing websites made me a perfect fit to help Judges for Justice expand its online presence.  I was “all in” from day one with helping out an organization that had a primary goal of correcting past injustices.  I studied computer science and secondary education.  I currently work as a corporate educator on Oahu, Hawaii. 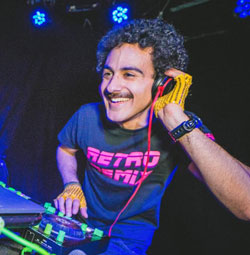 Faraz Zarghami was born, raised, and currently lives in Seattle, WA. He did his undergraduate studies at the University of Washington with an emphasis in marketing. He has over 15 years experience and received several local and national awards for his video work. He has been volunteering as a videographer and audio engineer for Judges For Justice since 2014. He enjoys dancing/DJing, politics, and long walks around Green Lake with his wife, Laura, and Siberian Husky, Shamshir. 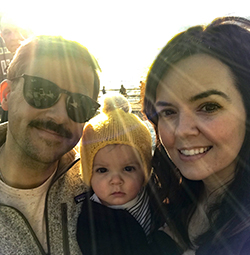 Jonathan is an acclaimed screenwriter and member of the prestigious Writers Guild of America. He has penned projects for Sony Studios, Columbia Pictures, Universal Studios, Paramount Pictures, Skydance Media and Germany’s Telepool GmbH, among others. Jonathan currently has projects in development for Will Smith, Justin Lin, Aldis Hodge, Laurent Zeitoun and the legendary Norman Lear. In addition to writing, Jonathan has produced two films for Lifetime Networks and is deep into development on a series with the producers of AMC’s groundbreaking “Walking Dead.” Jonathan is also a licensed attorney and works as a legal and media consultant for Judges for Justice – an NPO involved with the exonerations of Chris Tapp and others. In his spare time, Jonathan is a university professor and started the Inmates Screenwriting Initiative at the Washington State Department of Corrections. 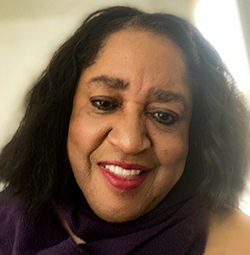 Beverly Ann Brooks is a Seattle native. She received her JD from Seattle University Law School and is a criminal defense attorney in Washington state.  She began volunteering for Judges for Justice in 2018. Judges for Justice has received over 300 letters from inmates nationwide.  Beverly’s volunteer work includes maintaining the data base  and reviewing and responding to correspondence from inmates seeking assistance. She enjoys writing and traveling. Her children are grown and she tries hard not to annoy them.